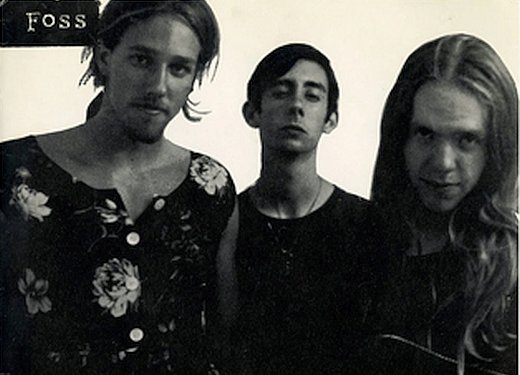 Maybe it would have been more appropriate for Democratic presidential candidate Beto O’Rourke to host his rally at the old Smart Studios building down the road a bit instead of Cargo Coffee. They’re both on East Washington Avenue.

The former Texas congressman had just kicked off his grassroots campaign touring the Midwest in a rented Dodge Grand Caravan and attracting a rather large crowd in the heart of Madison’s most gentrified neighborhood. Beto’s authenticity shines through with his rather impromptu manner of standing on a chair to address the overflow crowd that was curious to see what he was all about. Someone even asked Beto if he had ever dropped acid.

While O’Rourke has been rather lite on where he stands on political issues, he has found a millennial connection to his punk rock past. Even before his announcement for a presidential run, the social media fires had been stoked with the revelation of some musician DNA. Beto's campaign tactics have been likened to the DIY ethic he used to tour the U.S. and Canada playing bass with his band Foss in the early nineties. O’Rourke read Maximum Rock n Roll and worshipped the Washington, D.C. punk scene while immersing himself in the El Paso, Texas underground music community where he grew up.

“For the better part of two years we wrote songs, put out our own records and toured the country,” O’Rourke told Late Night’s Stephen Colbert. “It was the most amazing experience of my then young life. Telling our story from town to town. Four guys living in a Plymouth Satellite.“

Stephen Colbert asked Beto if politics can be like punk rock? “I think so,” replied O’Rourke. “I think were proving that right now.”

Beto claims to have played Wisconsin one time with Foss, but hasn’t elaborated on where. More than likely, it was either Madison or Milwaukee. That got us to thinking about any recorded material that may be available. In the true spirit of Smart Studios, we dug up the Foss 7" titled "The El Paso Pussycats" sporting a cover shot of O’Rourke in a dress and facial hair. The record fits surprisingly well in the context of the early ‘90s grunge and punk environment. In our humble opinion the stand out track is “Rise.” Cedric Bixler-Zavala of the influential post-hardcore band At The Drive-In, and later The Mars Volta, got his start drumming for Foss.

With the Democratic National Convention destined for Milwaukee, we will see a lot more of O’Rourke and other candidates in Wisconsin. The never-ending saga of sampling brats, cheese curds, Brandy Old Fashioneds and of course beer, ready made for photo ops and that crucial sound bite on the local six o’clock news. Depending on where Beto falls in the political polling, we can see the possibility of a punk rock night at a local venue with a special guest? If Beto gets the nomination, maybe Henry Rollins or Jello Biafra as a VP candidate? The possibility of a Fugazi and Mars Volta reunion at a presidential inauguration moves one step closer to reality every day.

Has Beto ever dropped acid?

As @BetoORourke signed a skateboard for Tyler Baggins in Madison, Baggins asks Beto if he’s ever dropped acid. Beto says no. Baggins was prompted by Alex Jones saying that seeing as how Beto as teen wrote under handle Psychedelic Warlord, someone should ask him that question. pic.twitter.com/7iWoejIV26