The Avett Brothers have a problem almost every struggling musician wishes they had. Quickly adjusting from the respected indie club performances of their past to the demands of a major label touring act breaking into the big time.

All the signs of the Avett Brothers breaking big were front and center for everyone to see at the Barrymore Theatre in Madison. The crazed, sold-out crowd packed tightly against the stage. Fans singing along with almost every song in the set. Their latest Rick Rubin-produced album climbing the charts. And lets not forget the amazed look on the Avett Brothers faces as they contemplated the fact that ten years of living in a van were paying off.

The fall chill was in the air at the Treinen Farm barn, as Daytrotter’s Barnstormer II tour made a stop just outside Lodi, Wisconsin. The 1880's circa barn has been hosting dances for 125 years and tonight the job was turned over to the Barnstormer II bands; Poleo, Snowblink, Maritime, Christopher Denny, Suckers and Dawes.

A large crowd was already present on the farm property for the infamous corn maze, with the Barnstormer II showcase the musical entertainment for the evening. A contingent of Madison hipsters was on hand to witness the festivities. As the temperature dropped into the 30's, a large bonfire outside the barn kept the conversation and blood flowing. 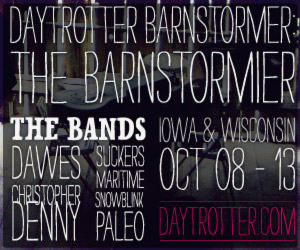 Daytrotter is one of the most respected indie music sites in the country. Owner Sean Moeller, along with his dedicated staff, have built a loyal Internet following from their studio headquarters in Rock Island, Illinois. They have even taken the show on the road with the Barnstormer tours. The first installment of the tour occurred last summer with intimate indie shows in barns and attics across Iowa and Wisconsin.

The second Barnstormer tour is slated for October 8th through October 13th with Iowa, Milwaukee (Thursday) and Lodi, Wisconsin (Friday) stops. The Lodi show is at the Treinen Farm, home to a popular corn maze and features indie artists Dawes, Suckers, Maritime and Christopher Denny. We caught up with Sean and asked him a few questions about the tour.

Jay Farrar of Son Volt commented between songs at the Pabst Theater in Milwaukee. “This is really a beautiful place,” he said, “Built by beer, no less!” The same can be said for Farrar and his former partner Jeff Tweedy who contributed heavily to the burgeoning early-nineties alternative country movement, with their old band Uncle Tupelo. I’m sure beer had some influence on that partnership too. Uncle Tupelo broke up in 1994 with Farrar forming Son Volt and Jeff Tweedy starting Wilco. 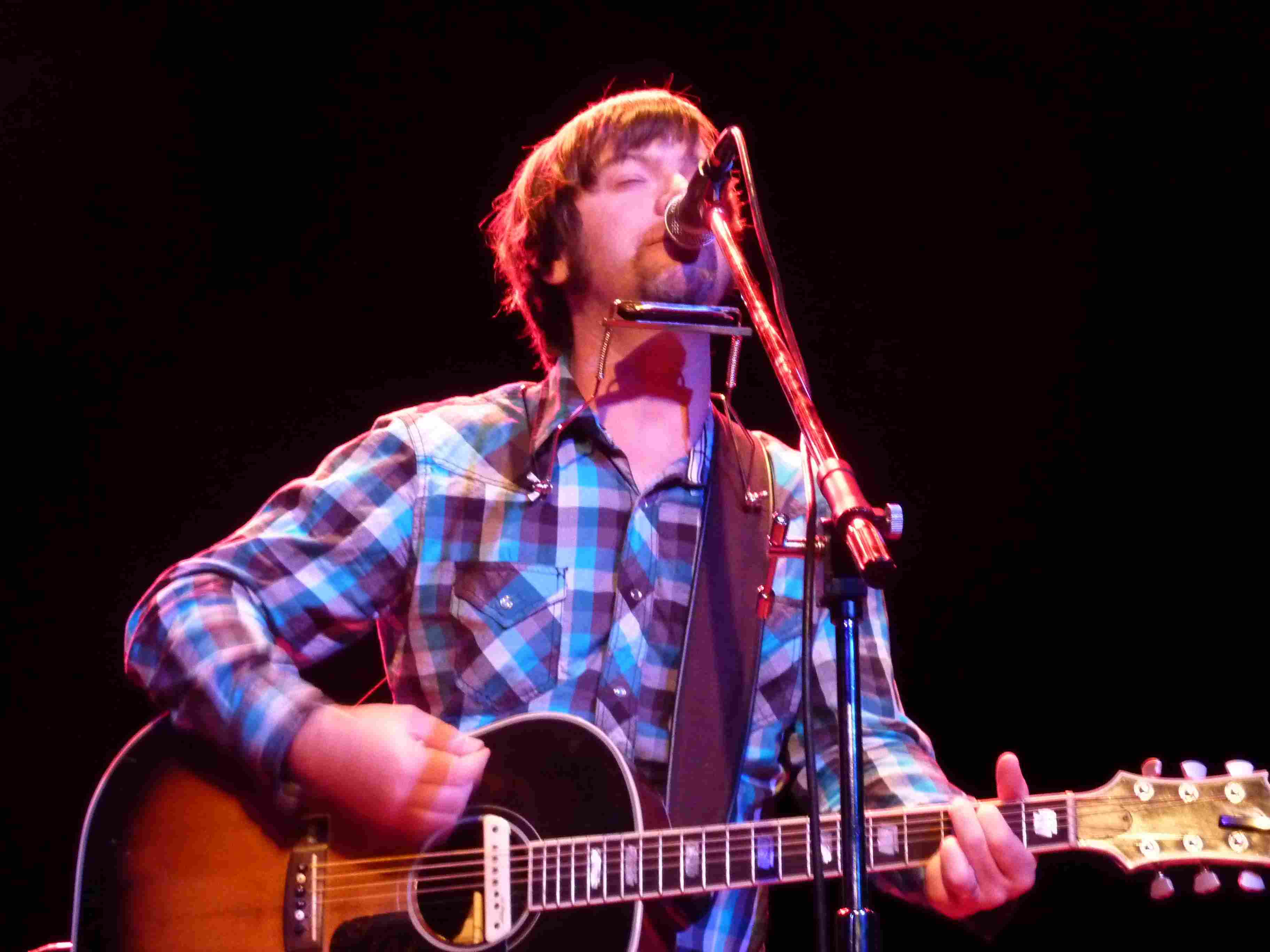 Cory Chisel & the Wandering Sons Get Their Shot

Cory Chisel and Joshua James played the Majestic Theater in Madison Friday night to a crowd of about 150. Both artists showcased a lyrically rich, folk-rockesque sound with material from their new albums.

Cory Chisel and the Wandering Sons deliver soulful vocals wrapped around honest, intelligent lyrics. It makes you wonder how it could come from someone based out of Appleton, Wisconsin. Appleton is the birthplace of legendary magician Harry Houdini and home to 1950’s anti-communist senator Joseph McCarthy.  Even the ultra-conservative John Birch Society has its headquarters there. Religion and politics play an important role in this blue-collar community that has little time for pretense and hype. But, you know, that’s the essence of Cory Chisel, down-to-earth and real. You can’t manufacture that feeling. It has to come from the heart.