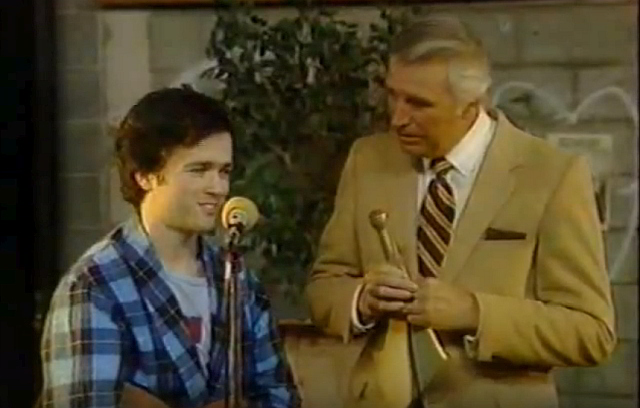 The Violent Femmes first record has gone down in the annals of music history as one of the great alternative albums of all time with iconic tracks like ''Blister in the Sun'' and ''Kiss Off.'' The Viva Wisconsin tour which brings the band back to Madison on Tuesday, Oct 24 at the Barrymore Theatre may be in support of ''2 Mics and the Truth,'' a stripped down acoustic career retrospective, but most fans will be there for those gems from the first record.

The Violent Femmes debut had the distinction of going platinum before ever appearing on the Billboard top 200 album chart. Billboard was so embarrarrased by the omission that after Warner Brothers  Records (parent of Slash Records) announced the platinum certification, the album suddenly appeared mysteriously on the top 200 chart.

The Femmes had tapped into the burgeoning alternative underground record buying public who didn't necessarily frequent the corporate record store chains that Billboard monitored at the time. The only exposure available to the band was through college radio, independent record stores and touring. Violent Femmes didn't fit nicely into a narrow music genre and commercial radio stations completely ignored them for years despite selling millions of records. It wasn’t until alternative music broke through into the mainstream during the ‘90s that Violent Femmes could be heard on radio. The band was always more popular outside their hometown of Milwaukee who didn't quite get their quirky folk-punk individualism. The Femmes have been trying to stay relevant with several new releases over the last couple of years, but have found the nostalgia circuit lucrative, most recently coheadlining festival shows with Echo and the Bunnyman making the Madison Barrymore show a rare treat.

After their debut album was released in 1983, the rambunctious trio made an appearance on the local Milwaukee "At Twelve" televison show with hosts Howard and Rosemary. Original drummer Victor De Lorenzo is there along with Gordon Gano and Brian Ritchie. A rare early look at the classic Violent Femmes lineup before lawsuits, drummer changes and solo projects got in the way. The trio seem to be very approachable, funny and completely undaunted on what the future will hold. We get to hear Brian Ritchie explain the origin of the band's name and Victor De Lorenzo tells their infamous Pretenders street busking discovery story in front of  Milwaukee's Oriental Theatre. A no holds barred version of ''Prove My Love''  ensues complete with references to Howard, the host,  making for a hilarious loose rendition. If you're a long time fan from Wisconsin, this is how you remember the Violent Femmes.