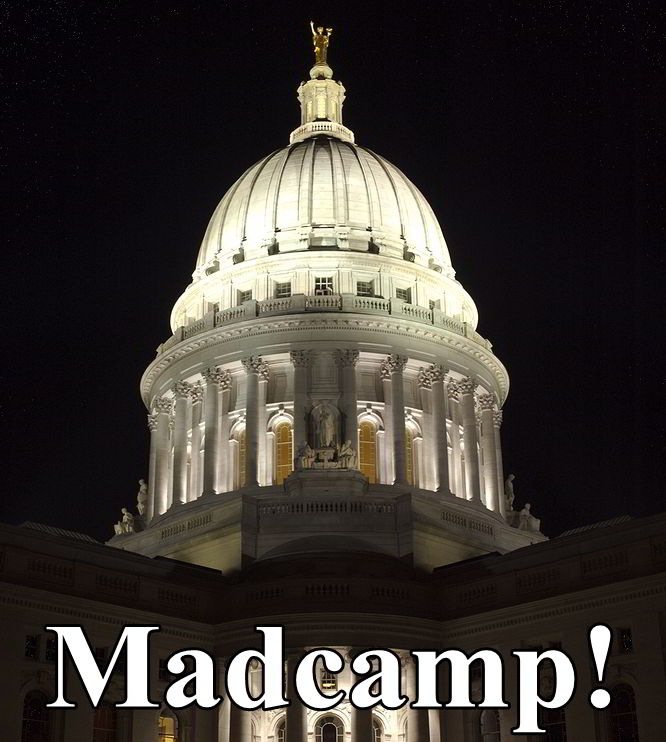 Our Bandcamp picks for emerging independent artists in Madison and the Midwest expands. With the flurry of new music coming out of Madison, it's only right to feature more bands. This edition focuses on four artists who have been active on the local level with new releases.

"'Suffer or Fly'... It's clearing the air, a declaration in order to transform from the old self to the new," said guitarist SJ Merizar. "Rescuing yourself from abuse. Knowing what you have to part from in order to move on. You can choose to suffer or you can ascend to a higher self. We deserve it! There is no such thing as Original Sin. The only damnation that exists is our own doubt, refusing to allow ourselves to succeed."

With vocals like a theremin from a '50s science fiction movie, Mori Mente leverages an eclectic mix of instrumental electronica and driving beats to create an infectious and completely original sound on the track "Zenith of Niles". The ghost of Zola Jesus and Ed Wood's "Plan 9 from Outer Space" must lurk somewhere in Mori Mente's psyche.

"The vibe of the track is about coming to terms with the dystopian state of the world," explains synth master Courtney Jarman. "And opening up our hearts to understanding others."

Mori Mente may have just invented a new ethereal genre in the process referring to their creative output as dark intergalactic lounge music.

Heather Sawyer, better known as the drummer for The Hussy and Proud Parents has come into her own with a side-project that reflects a bare bones lo-fi approach recorded on four-track by Rick Shitty and mixed by Ricky Reimer.

"I wrote Dooms about two or three years ago," said Heather. "I guess it touches on self-esteem issues, which I have, and dogs, whom I love. Some of the words were just placeholders at the time that I was too lazy to change later."

By far, the best whistle solo on a track we've heard from any Madison band this year!

No wimpy pop-punk for Fire Heads. Ferocious and in your face with a growl and an attitude reminiscent of the original punk masters. Fill in your favorite CBGB's band here.

"'Sleep At Night' is a straight ripper: quick, sharp and to the point," explains guitarist Tyler Fassnacht. "We recorded it last spring and are very excited and honored to have the esteemed Italian garage and punk label Goodbye Boozy releasing it as a 7" single."

With additional guitarist Bobby Hussy on board, make sure to catch the band live and be prepared for a high energy affair. A new album is just around the corner.