Nathaniel Rateliff and the Night Sweats break in The Sylvee 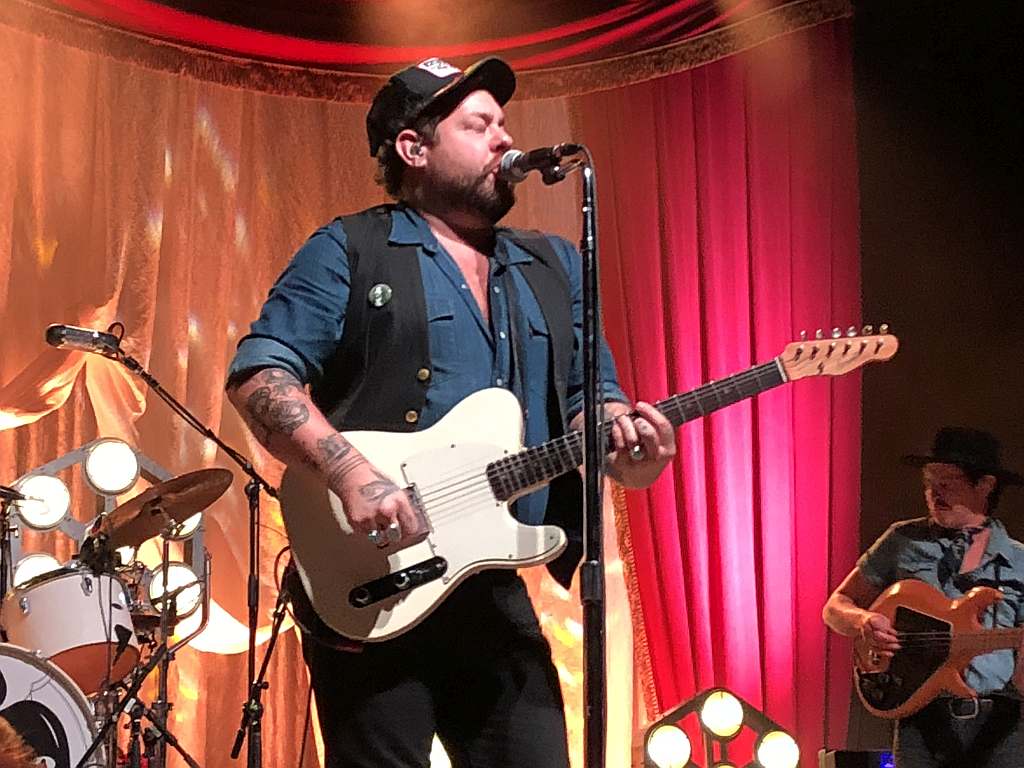 It’s not often you get a chance to see the first show in a brand-new performance space built from the ground up specifically for music. With all the hype surrounding the opening of Madison’s new music venue The Sylvee, what is it like to see a show there? Nathaniel Rateliff and the Night Sweats were given the honors to christen the 2,500-seat venue and the sold-out Thursday night crowd was in a celebratory mood.

The dark Industrial chic styling of the space gives off a kind of airplane hangar ambience when you first enter the building and maneuver through security and the metal detectors. A large bar area is immediately to your left backed up against the wall. A few steps down into the lower bowl area provides the best standing room only view of the stage. The second-floor reserved seating and additional standing room rounds out the modern concert facility. There are even box suites on the third floor.

It also brings out the craziness in some people. Before the show, a female patron is busy showing off photos of the never-used sparkling clean women’s bathroom. “I was the first person to use it,” she proclaims proudly pausing for a moment to spin through her photo gallery. I nod my head in amazement making a mental note not to follow her on Instagram. “Definitely not the legendary bathroom at CBGB,” I reply wryly.

Chicago-based Campdogzz opened the evening with a sparse, haunting set that seemed more suited for a club than a venue the size of the Sylvee. Most of the crowd provided polite applause in eager anticipation of Nathaniel Rateliff. Campdogzz sparked enough of an interest for me to make it a point to see them at a local club later this month.

The lights dim as I take a sip from my $8 Spotted Cow. The show begins with the soulful funky Shoe Boot from the new album Tearing at the Seams. The seven-piece Night Sweats entourage are tight, simmering and definitely in the pocket. You could just tell the rest of the evening was going to be hot.

Rateliff and company have hit on an enticing formula of roots rock-based old-school Rhythm and Blues stamped with their own brand of authenticity. The three-piece horn section adds that Motown/Stax vibe to the proceedings. The twenty song set showcases Rateliff and the Night Sweats first two albums. The latest single “Don’t Worry” becomes a sing-along. The burley bearded Rateliff has that blue-collar biker look, but that doesn’t stop him from some pretty sweet vocals on the softer material.

In one of the more bizarre happenings toward the middle of the set. A black bra sailed over our heads and didn’t quite make it to the stage, falling into that narrow security barrier known as the photo pit. Everyone in our immediate area looked at each other momentarily in disbelief and then started to laugh. You heard it here first. Rateliff and the Night Sweats have graduated into the realm of bra throwing fandom. We will keep it gender-neutral here for argument's sake.

The cat calls for S.O.B. are finally answered as Rateliff starts to sing the opening lines to the band’s most popular song. The one that put them on the map so to speak. The set is reaching crescendo at The Sylvee and the crowd goes nuts. Rateliff and the band have everyone in the palms of their hands showing off the fine-tuned experience of a road weathered crew. The excellent acoustics of The Sylvee complement the experience. 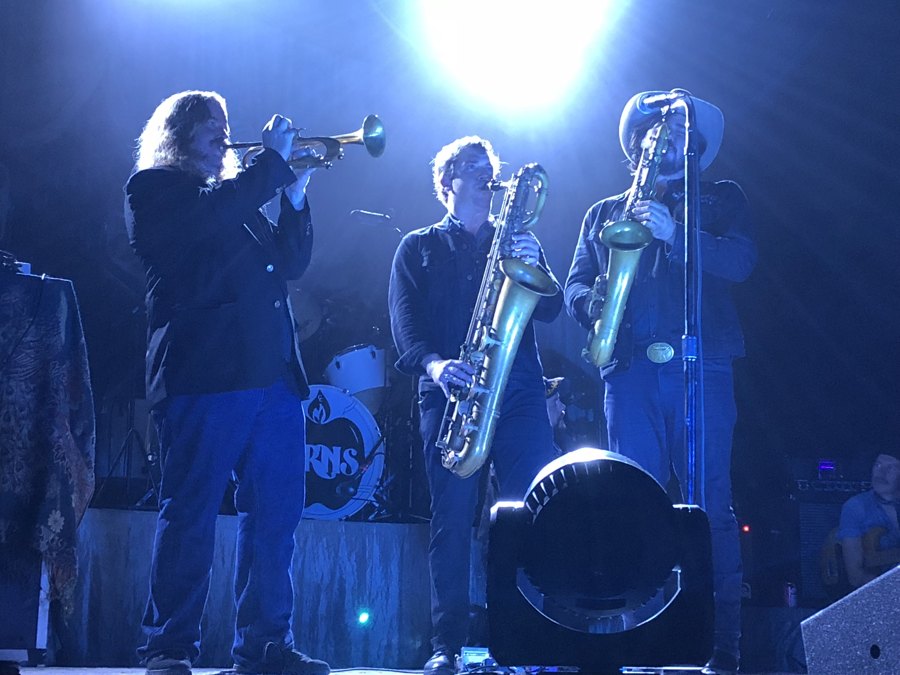 There was also a social slant to the evening with Rateliff helping out a local Wisconsin farm nonprofit.

The organizers behind dairytogether.com had met Rateliff at Farm Aid and he invited them to host a booth at The Sylvee for his Madison show. A couple standing next to us had a sign “Pull Together – Support Local Farmers’ and were showing it to the crowd. At one point, Rateliff gives dairytogether.com a shout-out and then leans over the crowd barrier to pick up the sign and display it prominently on stage.

As the evening ended and the crowd was slowly filing out of the building I stopped in the men’s room. Mainly to see if I could experience the same excitement as that female patron I spoke of earlier. Well, wouldn’t you know the bathroom stall doors had blown-up backstage passes embossed on them. Ozzy Osbourne scared the bajesus out of me as his ‘Diary of a Madman’ crew pass greeted me. Maybe that female patron was right after all?

Random thoughts on the evening

We’ve been following Rateliff since his early days as a folksy singer-songwriter performing on many of Daytrotter’s Barnstormer touring shows. More recently, the Night Sweats added a soulful twist to Rateliff’s engaging lyrics while amping up the energy level. One of the earliest live renditions of S.O.B. took place right here in Madison at the Frequency in 2013.

The group I was with had dinner at Jardin in the Robinia Courtyard just down the street. One of the many neighborhood establishments that will definitely see an uptick in business from the Sylvee shows. MadisonTap and the Black Locust Café are also located there. Great places to hang-out before and after the show.

Since local promotion company FPC Live forked out several million dollars for the building and we spent almost the same amount on scalped tickets to the sold-out show (thank you Ticketmaster!), why not document the occasion for posterity? 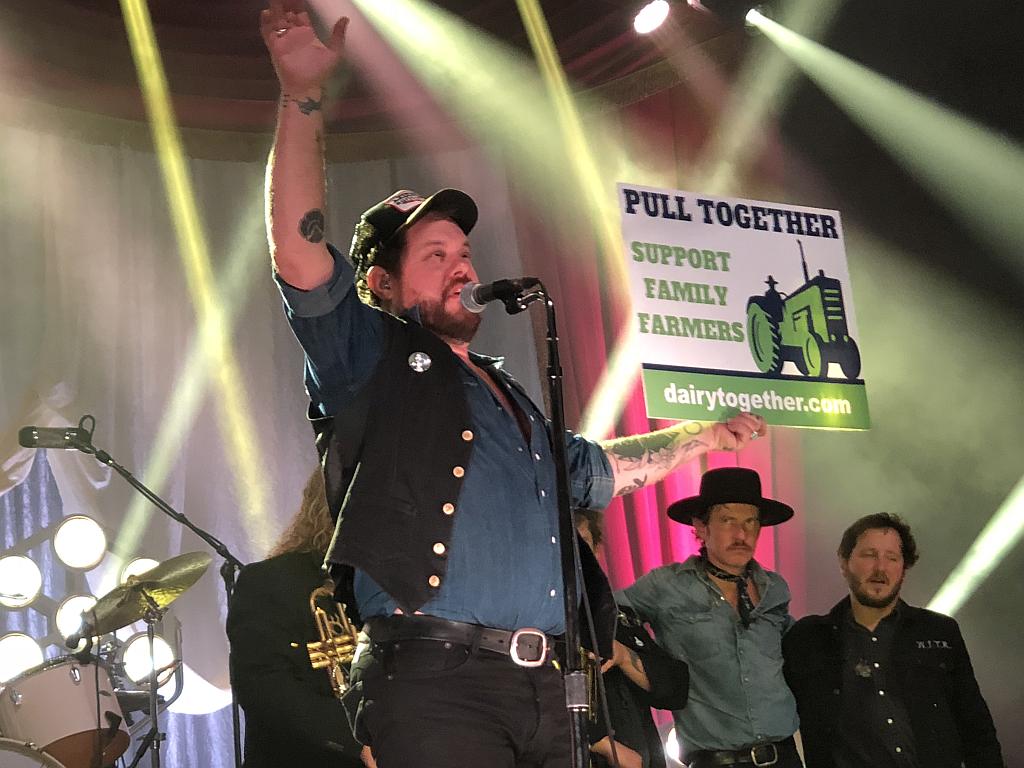 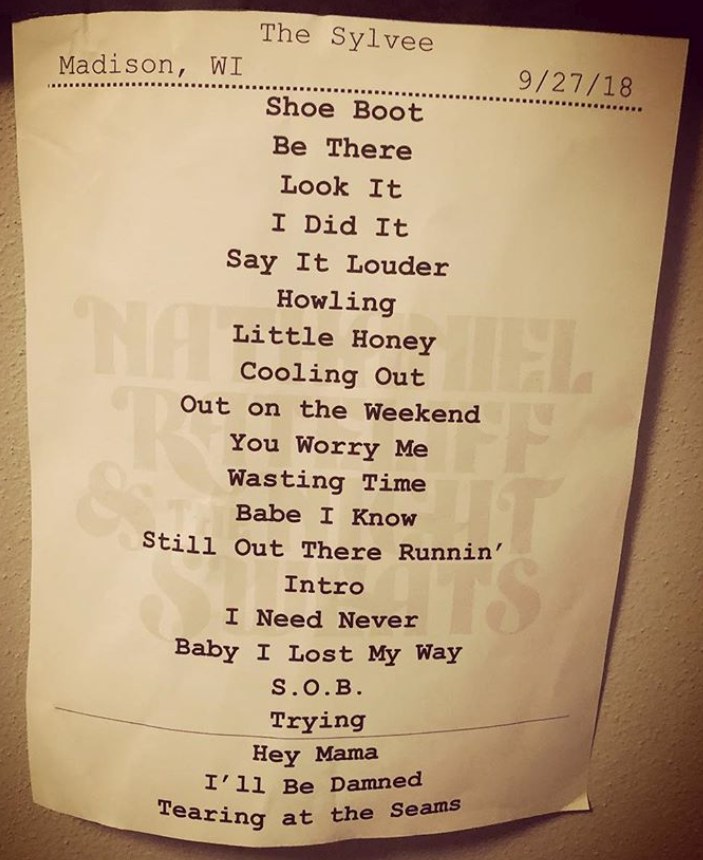 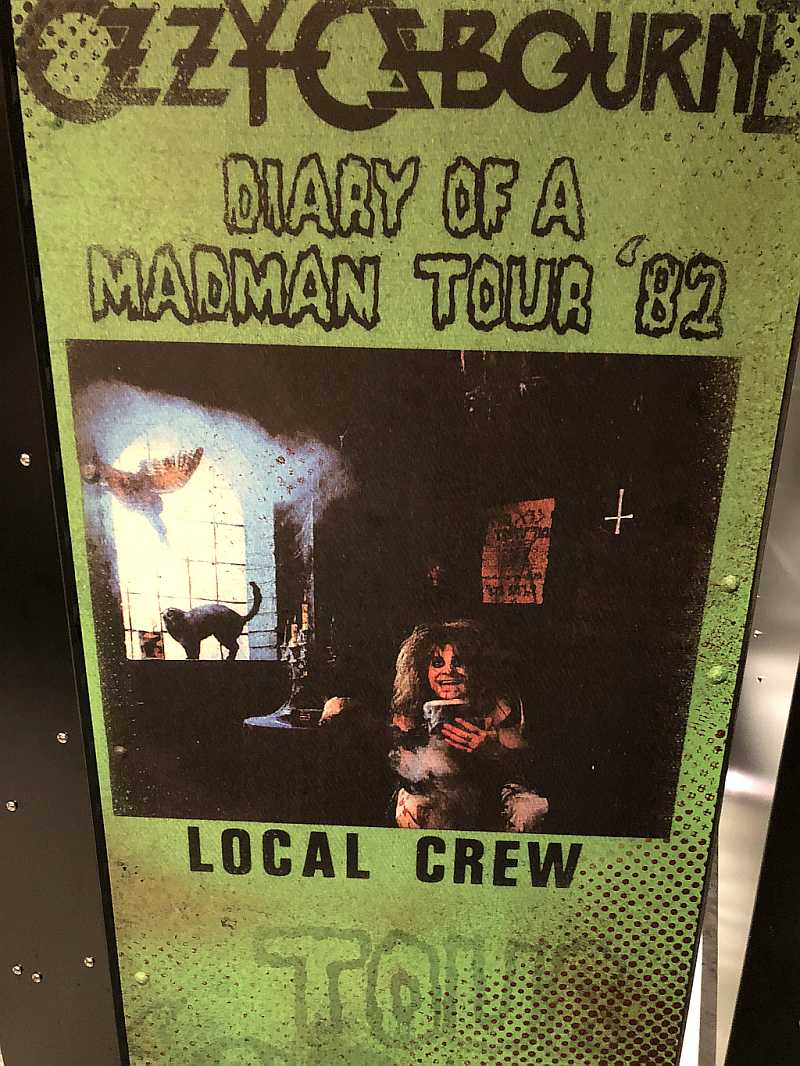 Ozzy as a laxative? Bathroom stall door at The Sylvee