Get out the vote with Bon Iver and Tammy Baldwin 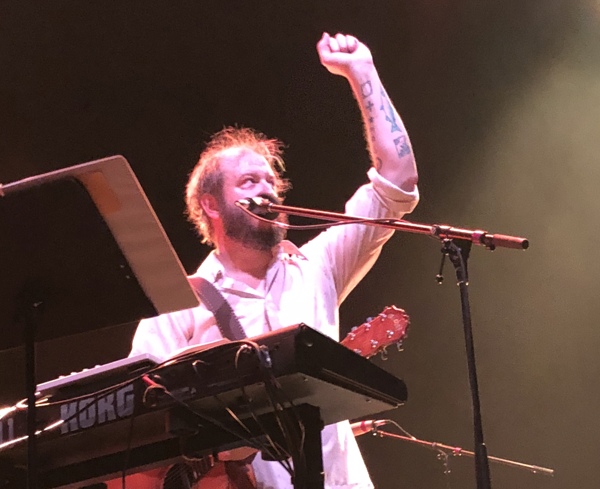 The hottest political ticket in Wisconsin was the Bon Iver X Tammy Baldwin voter rally at The Sylvee in Madison. A $50 campaign contribution got you into the show with larger donations for the limited reserved seating in the second-floor balcony. Scalped tickets were going for twice face value on Craigslist The capacity crowd of 2,500 skewed younger and democratic strategists had to be pleased with the potential for energizing that elusive millennial voting block.

Justin Vernon must have caught the political bug when his manager Kyle Frenette made a brief run for Congress earlier this year before dropping out due to “unforeseen circumstances in my life.” Bon Iver could have easily sold-out The Sylvee as a scheduled stop on an upcoming tour, but instead chose to donate the money to Tammy Baldwin’s campaign.

Standing close to the stage the see of faces represented a cross-section of Wisconsinites. We met people from Milwaukee, Appleton and of course Eau Claire all showing monetary support for Senator Baldwin’s campaign.

Chris Roseneau from Milwaukee experimental band Collections of Colonies of Bees and a member of Volcano Choir opened the rally with a short set of guitar looping instrumentals alternating between acoustic and electric instruments. Even at one point announcing he was covering a song by Megafaun’s Phil Cook to cheers from the audience.

Justin Vernon comes out and uncomfortably paces around the stage trying to get his footing on his new role as a political activist. He encouraging everyone to take a stand and vote. Moments later, Tammy Baldwin walks out to thunderous applause as she hugs Justin and then pauses briefly searching her smartphone for notes. She tells a story of being sick as a child and her family not being able to get insurance because of a pre-existing condition.

“If you’ve watched over the last couple of years,” said Baldwin, “you’ve seen big powerful interests try to repeal in partisan fashion the health coverage and the guarantees for people with pre-existing conditions. And my opponent has voted with those powerful special interests at every turn. What I say to you, is that you didn’t send me to Washington D.C. to take people’s health care away. I will be unafraid to stand -up to those powerful interests and fight for Wisconsin.” The venue erupts in cheers.

“Please take what Justin had to say to heart. Speak up, stand up and vote! Enjoy the show!”

Justin fronted a stripped down four-piece version of Bon Iver for support including drummer Sean Carrey and Madison's own Andrew Fitzpatrick on guitar. The 45-minute set included the title track to the classic “For Emma” album and ended with a Bob Dylan cover. I’m always amazed by the real connection Bon Iver’s music has in the audience psyche. People crying during “For Emma” and singing along at every turn.

The rally was going on the night of the ill-fated final game of the Brewers/Dodgers series. During the course of the set, Justin pauses between songs and asks the crowd in a laid back tone, "What's the score of the Brewers' game?"

"That sucks!" says Justin in an annoyed tone, continuing on with the set which was suprisingly lite on the use of autotune and synths.

As the final notes of Dylan’s classic “With God On Our Side” faded from Justin’s guitar, he encouraged everyone to vote and said goodbye for the evening. While Baldwin's double-digit lead in the polls is comforting, nothing beats a Bon Iver show of support to get voters excited. 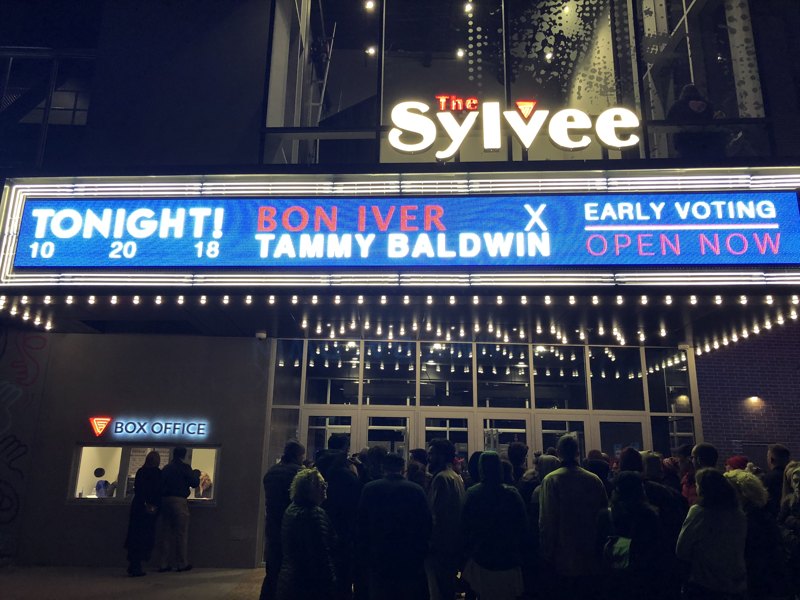 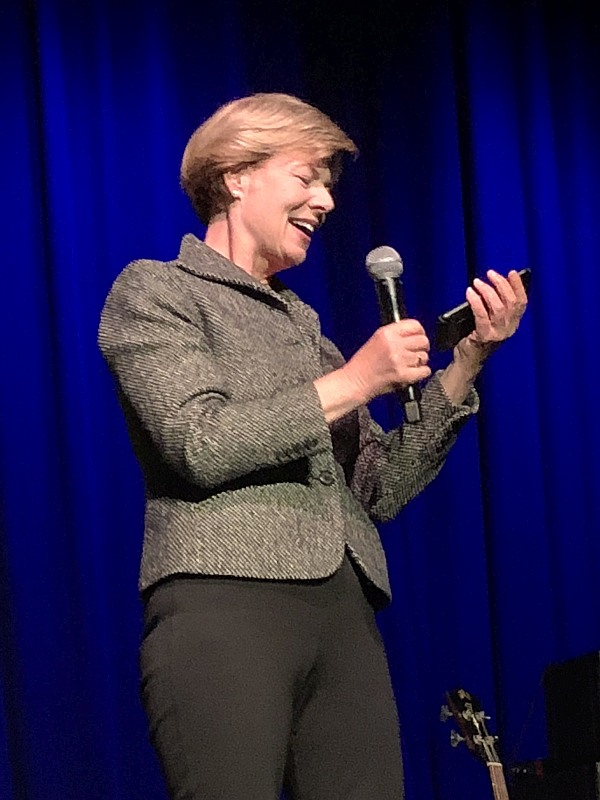