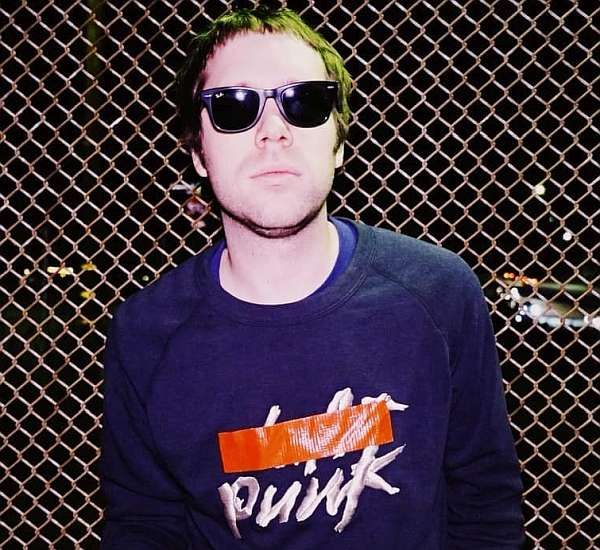 What’s a former Madison graphic artist and musician to do? Dumped by a girlfriend and tired of the cold, a move to L.A. may just be the change of scenery needed to recharge the old batteries and forge on. Mike Krol never looked back and in the process fell into a recording contract with indie powerhouse Merge Records.

Mike’s days in Madison included playing drums in Time Since Western and Whatfor and hanging out with the notorious Sleeping in the Aviary. Members of the band backed up Krol on his last tour in 2015 and lead singer Elliot Kozel contributed to a track on the just released new album “Power Chords.” Krol excels at explosive fuzzed-out guitar anthems with smart cynical lyrics. The album is chocked full of raw in-your-face tracks. I especially like “What’s the Rhythm”, “An Ambulance” and “Little Drama.”

“Little Drama” summarizes my daily struggles,” explains Krol. “It has brash, over-the-top aggressive verses with a chorus that reveals all of the confrontation and toughness that was just described in the verses was internal and an imaginary scenario that’ll most likely never be carried out. I suppose it’s the Midwestern in me to be polite, kind and apologetic always on the outside — while on the inside, keeping a list of names of everyone who’s done you wrong and bottling up all your anger until one day it explodes.”

Krol starts a world tour next week and Madison isn’t on the tour itinerary. It’s times like these that I really miss the old Frequency for the emerging touring bands that would stop by on their way to Minneapolis or Chicago. Mike Krol would be a perfect fit, but we’ll have to settle for his only Wisconsin show in The Back Room at Colectivo Coffee in Milwaukee.

Were you there? Krol played the basement at Strictly Discs for the release of his last album “Turkey” in 2015.