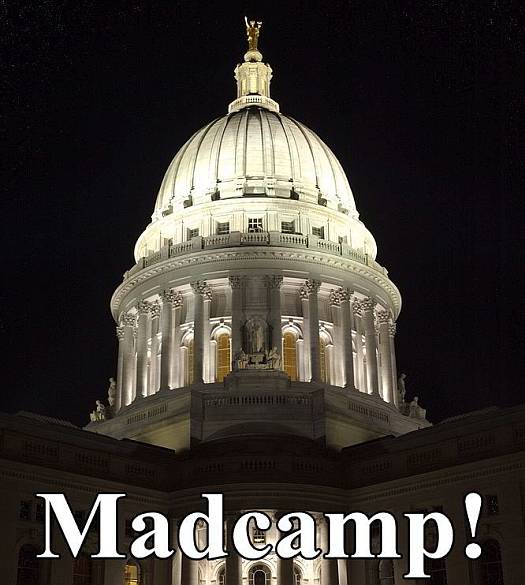 It’s been a while. Being cooped up for a year has got our juices flowing for new music and hopefully for the return of live shows.

With more Bandcamp Fridays on the horizon, what better way to relaunch our Madcamp! column than with some deserving releases that appeared on Rock of the Arts’ radar over the last twelve months.

Sometimes a hostile political environment can spawn some of the most creative musicians in the state.

Nika Rosa Danilova better known as Zola Jesus is the biggest thing to come out of central Wisconsin since high-grade ginseng. Surrounded by conservative thinking in a deeply red part of the state, who would have thought that Merrill, Wisconsin would be the home base for one of the most avant-garde musicians in the Midwest? After spending time in Madison, Los Angeles and the Seattle areas, Nika has gone back to her roots. That hasn’t stopped her from touring and this pre-pandemic show at the 2018 Roadburn Festival in Tilburn, Netherlands highlights the signature operatic vocals and intensity of a Zola Jesus live performance. It was hard to pick one track, but "Veka" is our favorite, backed by long time touring member Alex Degroot on guitar and synths along with Louise Woodward on viola. Zola Jesus in her prime and a precursor to a long overdue show in Madison?

Amos Pitsch calls the Fox Valley home and has produced a steady stream of genre bending projects via Tenement, Dusk and solo outings from his Crutch of Memory recording studio.

Appleton, Wisconsin has always been a contradiction in terms. While the birthplace for creatives like magician Harry Houdini and actor Willem Dafoe, the area also spawned Senator Joseph McCarthy and the conservative John Birch Society think tank. It’s also prime territory for everyone’s favorite conspiracy theorist Ron Johnson. Pitsch even calls out the infamous senator in “I’m So Angry” from the pandemic inspired “Acid Rain” release. The sustain rich power chords behind the track emphasize the frustration Pitsch feels toward politicians and being cooped up, in general, like the rest of us.

Heather the Jerk is Heather Sawyer who has musical kinship with other notable Madison bands drumming for Proud Parents and the Hussy. On her second solo effort, Heather enlists the assistance of guitarists Tyler Fassnacht and Graham Hunt in her first full album release “Cable Access TV.” Rick’s Shitty Sessions was released in 2017. Always known for the catchier punk anthems in her songwriting, Heather shows real emotional and lyrical growth on the track “It’s Over.”

“It's over was a song written about a really painful breakup that happened in my life,” says Heather. “Needing time for yourself to process everything and hopefully heal.”

Recorded by Graham Hunt at Heather’s practice space in exchange for 2 "c's". Cash and Culver's. Mastered by Justin Perkins at Mystery Room Mastering.

Like most musicians, Madison singer-songwriter Jane Hobson spent most of her pandemic downtime recording. As a student at Oberlin College in Ohio, she reflected on the ups and downs of the college experience through music. A particular challenging encounter spawned “Talk Back to Me.”

“This song is about feeling alone in a dying relationship,” explains Jane. “Yeah, I know it's a bummer. I wrote most of the song in my dorm room during my sophomore year of college and finished recording it at home in Madison last year when COVID hit.”

Jane inherited the musician DNA strand from her father, Dan Hobson, who plays drums on the track. Dan was a founding member of the legendary Madison band Killdozer.