KennyHoopla teams up with Travis Barker for "Estella//" 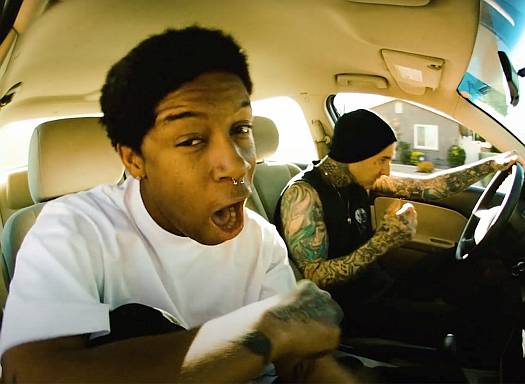 It wasn’t that long ago we saw KennyHoopla perform at the Memorial Union and Mickey’s Tavern. He gravitated toward indie rock with emo overtones and had that innate ability to transcend musical genres at will, while just writing good songs. It came as a surprise to find him years later singing with Travis Barker on a blink-182 tinged collaboration called “Estella//.” Is this the same guy?

Not one to follow commercial alternative radio, I didn’t realize that Kenny’s debut major label EP “How Will I Rest in Peace If I’m Buried by a Highway?” on Mogul Vision /Arista records had picked up substantial airplay with the title track hitting the top 20 last year. It’s extremely difficult to secure a playlist spot on commercial radio period, without major label backing, although some independents make it through the gatekeepers (like Phoebe Bridgers). It also helps from the artist perspective to have distinctive quality material that sets you apart from the background noise.

Kenneth La’ron, known by his stage name as KennyHoopla was born in Cleveland and grew up in Oshkosh, WI. Hoopla has spent time in Madison, Milwaukee, moved out to Los Angeles and recently found himself back in Wisconsin, although we couldn’t nail down exactly where he’s living right now. In one recent media interview, Kenny claimed to be staying at a friend’s house in Oshkosh.

How did Travis Barker hook up with KennyHoopla?

A fan of Kenny's music, Travis reached out over Instagram to write together, and soon after, they wrote "Estella//" in Los Angeles. The new video features Travis on the drums and Kenny giving an explosive performance while showcasing his signature backflip.

"I loved Kenny's music from the moment I heard it and showed everyone it,” explains Travis. “We connected and kept talking about working together. 'Bout a month ago we got in the studio for a few hours and it was magic. That's when we wrote 'Estella//,' rest is history."

KennyHoopla is not to be outdone as he told Radio.com. "I feel like everything was authentic in the room," says Kenny. "From the drummer to the guitarist, to the engineer... everything was just real and I feel like it came out real. That's something that I try to go with when I make music. When you're just being you, putting it all out there, it'll become contagious."

Kenny adds “//” to the end of every track title for a purpose. “It’s always been my personal exclamation mark on things, I've been doing that since elementary school,” says Kenny. “I think of it as moving forward.” 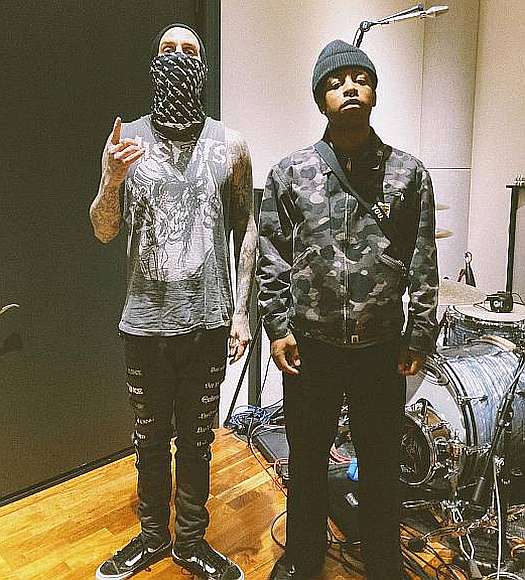 Kenny is getting the major label promo push. Interviews stateside in Alternative Press (AP), New Musical Express (NME) in Europe, airplay across the country on alternative stations with the hype machine revved up to proclaim him the next big thing. It must be frustrating for emerging artists who can’t tour during a pandemic. A top 20 placement on national alternative radio playlists usually guarantees at minimum a headlining club tour and consideration for prime opening slots on bigger shows.

Well, KennyHoopla has a second top 20 track with “Estella//”. There’s even a fan-generated Ukulele version of the song. I kid you not! Let’s see where Kenny falls on the checkbox roundup for a breakout artist:

The only thing missing is a major club tour for that last item. With the end to the pandemic in sight that last box should be checked later this year. All this momentum without an official full album release, so Kenny is primed to take off when that happens.

The moral of the story? The next time you stumble into Mickey’s Tavern in the middle of the night pay attention to the band. Hopefully, we will all be able to do that again, soon. You just might be witnessing the next big thing and not even know it.