Jay Som, The Courtneys and Disq chill out in Madison 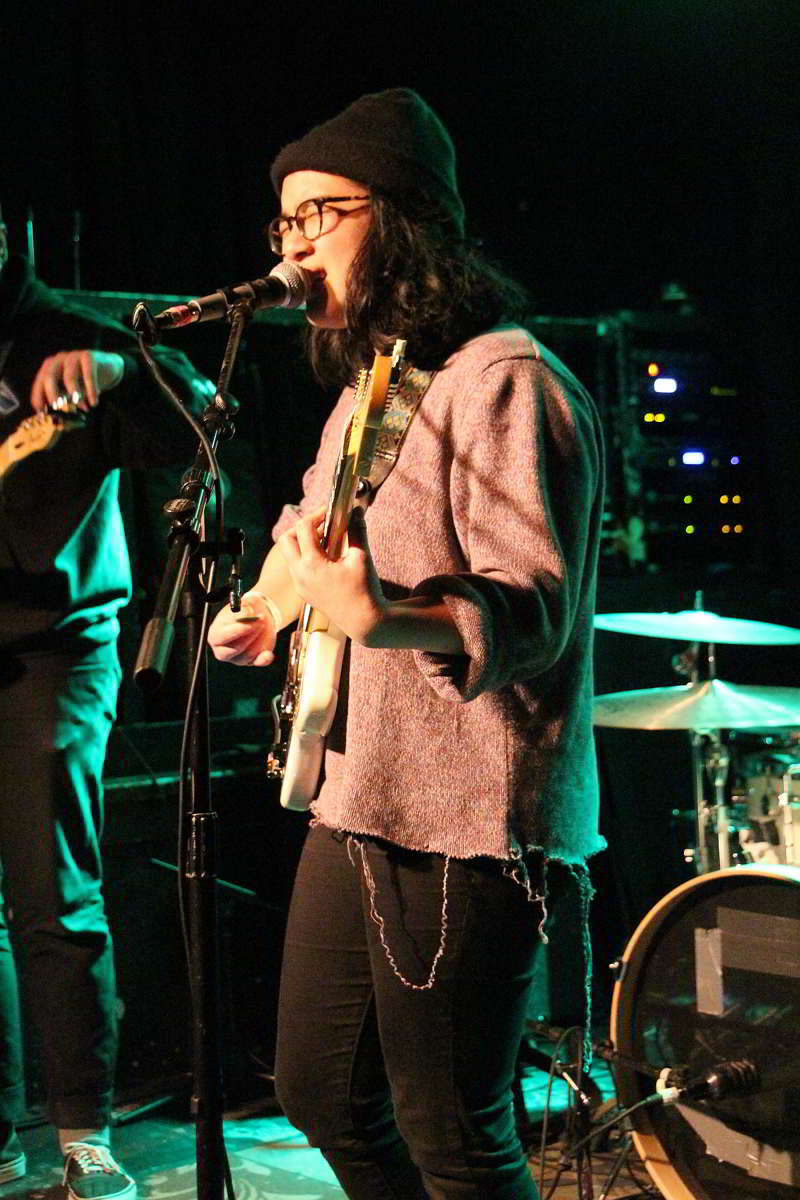 "SXSW nearly killed us. We're glad to be here," said the petite Melina Duterte, better known as Jay Som.  The weather may have been colder, prompting band members to question whether they packed enough warm clothes for the Midwest, but the large crowd at the Frequency made up for it.

Jay Som and company were shaking off the Austin marathon gig burn-out to start an opening night tour with bubbly Canadian surf rockers the Courtneys. Local support came from Madison's newly minted Disq. There's always a sense of excitement and discovery on the first night of a tour as each band checks the other out.

Jay Som was backed by a tight three piece band that gave the new material an edge in a live setting showcasing the strong melodies and lyrical insight that has garnered favorable reviews for her new album "Everybody Works."There was a slight hesitancy to the start of the set that slowly melted away as the band jelled while Jay Som closed her eyes passionately singing in some ethereal world zone.

Jay Som is still learning how to handle the performance experience as she prefers the more solitary aspect of recording and writing in a lo-fi bedroom studio environment. She pretty much writes, records and plays everything on the new album. The Oakland resident is part of the burgeoning Bay Area underground music scene. She's had to learn how to deal with the more political aspects of playing bigger events like SXSW and maneuvering record companies while trying to keep the DIY spark that's so central to her appeal.

The wide variety of influences displayed on stage all fused into a cohesive message that can only be described as Jay Som. From the everyday life adventures of the 'Bus Song' and 'Everybody Works' with engaged fans singing along to the unbridled abandon of '1 Billion Dogs' you can't really pin a genre on Jay Som. Although her record company likes to call it dream pop. There aren't too many artists that you can say that about. The bottom line? It's not about a flashy show with Jay Som. It's all about the music.

"Every song on the album could be called 'Everybody Works'," joked Jay Som. "Madison, Wisconsin is a beautiful place," she said earnestly. "We'll see you again soon."

The Courtneys, with their  three-pronged attack fronted by, drummer/lead vocalist Jen Twynn Payne or Cute Courtney as the bandcamp notes say. They have this Ramones thing going with their last names as evidenced by bassist Crazy Courtney and guitarist Classic Courtney rounding out the trio. Straight ahead self-described slacker pop with plenty of fuzzy guitar and reverb tales of heartbreak and life on the road. They would fit right in at a basement keg party provoking participants into some kind of frenzied pogoing until the wee hours of the morning. The Courtneys also divulged their choice of a fast food dinner in the area. Culvers? Not everyone can afford those pricey downtown restaurants. Jay Som ate at Taco Bell. Don't you think touring bands should get a discount downtown? There's nothing like a good meal to make a lasting impression on a road weary musician.

Disq is the latest in promising new young bands from Madison. A bandcamp album release last July and several prime opening slots around town have sparked the buzz mill for Disq. Jay Som was impressed, "They're so good and they're just babies,' she said. The five piece incarnation of Disq delivered a full sound with catchy lo-fi power pop melodies from principal songwriters Isaac deBroux-Slone and Raina Bock.  A nod to Ryan Adams and Car Seat Headrest could be argued as influences. You usually don't find a young new band with such a developed sound. It will be fun to watch Disq evolve over the next few albums.