Beyoncé approved subway buskers Too Many Zooz in Madison 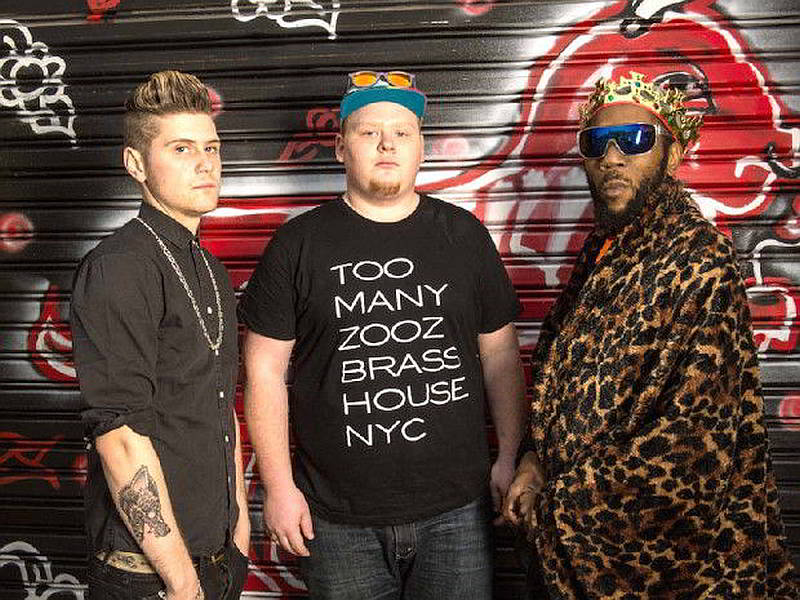 You never know who you will run into in a New York City subway. Take busking phenomenon Too Many Zooz. The self-proclaimed brass house trio lays down some serious horn-infused rhythms in the world’s ultimate underground performing space.

Pompadoured baritone sax prodigy Leo P., trumpeter Matt Doe and percussionist King of Sludge have transformed a cult audience of jaded New York commuters into millions of YouTube views, four EPs and a full-length album. Too Many Zooz sound has been described as a mash-up of jazz, Afro-Cuban rhythms, funk and even EDM structures along with house music. The distinctive blend caught the attention of Beyoncé who recruited the band to perform on the songs "Daddy Lessons" and "Formation" off her brilliant Lemonade album.

“A lot of that has to do with the whole Internet thing,” says drummer King of Sludge. “There were countless people from all over the world that saw those YouTube videos. Beyoncé ‘s people put the video in front of her and she loved it. She wanted to work with us because she liked the sound. We believe in a way that we're the sound of the future. That was sheer love from one artist to another. It was a really good experience for us. We were wondering what took her so long!”

Before they knew it, Beyoncé invited them to perform with her and the Dixie Chicks at the CMA awards including a week of rehearsals in Los Angeles.

“It was very professional,” continues King of Sludge. “Her whole team and everyone treated us like family. We were like part of the band. She wasn't standfoffish or anything. She was like one of the people in the band which was amazing. It was sort of a protest. She was invited and the only way should would come was with the Dixie Chicks.”

The sudden jump into the spotlight has opened doors for Too Many Zooz who find themselves playing more shows outside of New York and fielding a barrage of questions about subway busking.

“New York is really a different scene because of the sheer volume," says Sludge. "We play in the Union Square area where in three hours we could get maybe a 100,000 people who walk in front of us. For most artists, the money you get out of it is never worth the time you put in. So, it's all relative. It's like the old adage: You don't really pay me to perform. You pay me to practice. You're only an artist by doing art whether you're paid or not.”

Any advice for burgeoning street buskers in Madison? "Number one rule: Do it for the art and time, not the money. Don't think about the money."
Catch Too Many Zooz in Madison Friday night at the Majestic Theatre after Live on King Street.