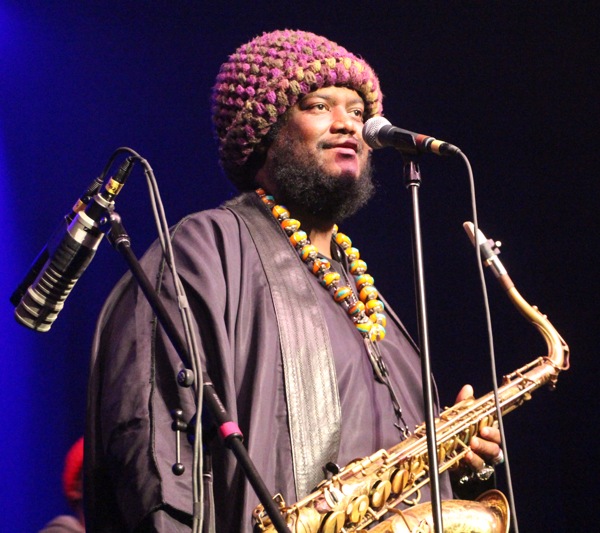 
“Our differences are what make us unique,” proclaimed saxophonist and bandleader Kamasi Washington. "Diversity shouldn’t just be tolerated. It should be celebrated.” Washington and his six-piece band led a fusion inspired evening of jazz improvisation that could only be described as spiritual.

Washington is part of a jazz revival that has brought in a new younger audience to the traditionalist music genre partly due to his collaboration with Kendrick Lamar on the album To Pimp a Butterfly, contributing saxophone and writing the string arrangements. While Washington’s last stop in Madison was a sold-out show at the Majestic, tonight he has tapped into his growing notoriety at the much larger Sylvee.

The murmuring crowd grows silent as the opening drum beats of Street Fighter Maas off the new album Heaven and Earth fill the room. The bass, keyboards and vocals build to a crescendo as Washington pierces the night with a sax solo that soothes the soul. Complemented with musician friends from the infamous West Coast Get Down collective including bassist Miles Mosley, Brandon Coleman (Keyboards), Ryan Porter (Trombone), Tony Austin and Ronald Bruner Jr. on drums and vocalist Patrice Quinn, the Madison crowd is being treated to some of the most sought-after session players in the world. And they do not disappoint. Kamasi Washington may be the ring-leader but he’s not afraid to share the spotlight as each member of this collaborative entourage can hold their own. 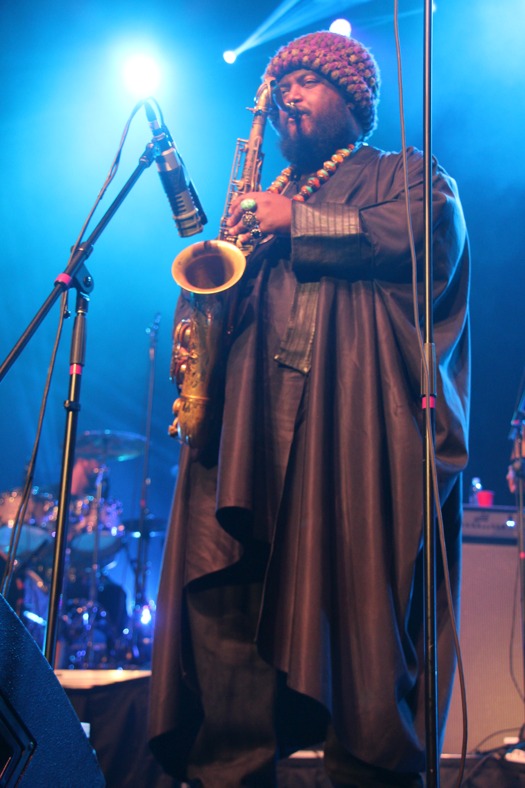 “You’re in for a treat,” remarks Washington as he introduces Miles Mosley. “You’ve never seen a bass solo like this.”

Mosley proceeds to blow away any pre-conceived notions of what an upright Bass Solo should be. Using a bow, electronic pedal effects and exuding a charismatic stage presence, the combination borders on pure genius. Just when you think, you’ve seen it all, Mosley launches into the soulful “Abraham” from his latest solo album with the full backing of the West Coast Get Down. At times his bass sounding almost like a funky psychedelia. This is what a good show is all about! 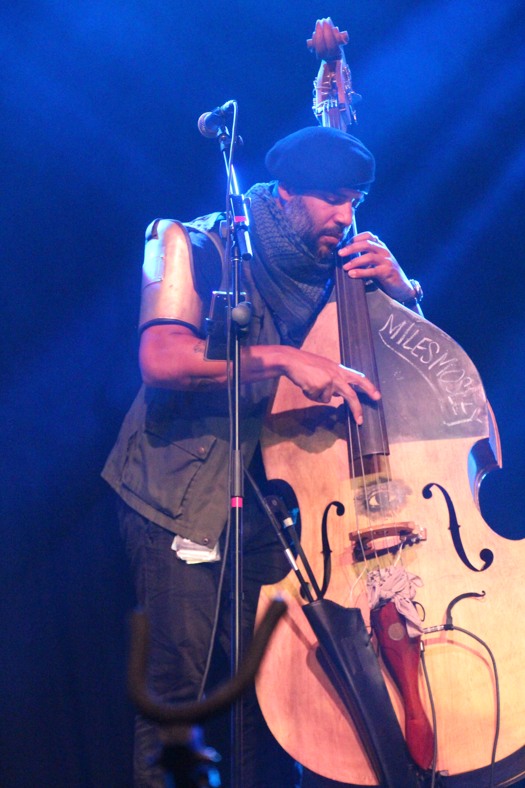 Washington’s stamina and hardy lungs do not fail him as plays effortlessly through solo stretches that would leave mere mortals winded. His bigger than life stature commands attention as he navigates this whirlwind of influences that take in jazz with hints of soul, ‘70s funk and hip-hop melding it all into a new sound.

Most of tonight’s compositions come from the latest double album, one side entitled Heaven (creating one’s own reality) and the other, Earth (dealing with lived reality). It was like Washington and the band were thinking as one highly charged unit tonight with the ability to adjust the energy level in the room at will. Vocalist Patrice Quinn in what seemed like Shaman meditative stances channeling that energy for the collective good.

“If you haven’t noticed, I like drummers,” kids Washington as he introduces the twin drum attack of Tony Austin and childhood friend Ronald Bruner Jr. The pair trade paradiddles and cymbal crashes in a friendly, but competitive percussion battle that leaves all the amateur drummers in the audience envious. I haven’t seen a dual-attack drum solo like that in a long time.

Ending the evening with the kung fu cry of “Fists of Fury”, which covers the theme to Bruce Lee’s classic 1972 movie. Believe it or not, Washington is a big kung fu fan. The defiant aggressive tone of the piece is a perfect finale to an adventurous evening.

“We love Madison and can’t wait to come back,” says Washington before disappearing with his band into the spiritual darkness.

Richmond, VA-based quintet Butcher Brown started the evening off with an inventive set that touched on more fusion-oriented material that primed the crowd for what was to come. 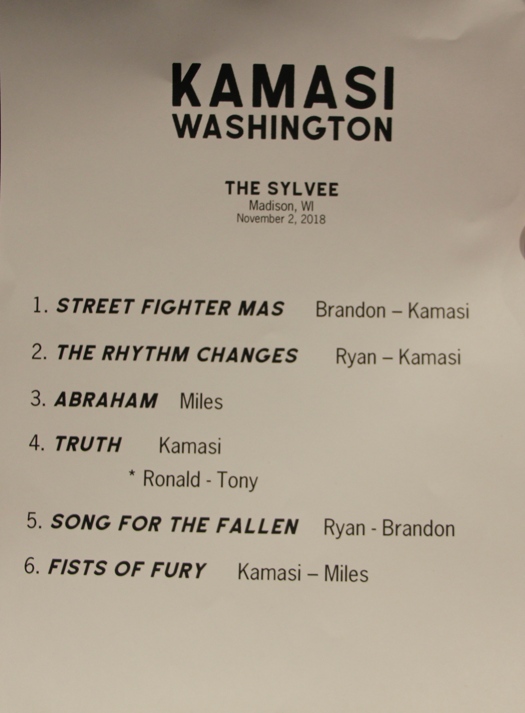