Green Bay Packers fan? Laura Jane Grace of Against Me! hates Chicago and wrote a song about it 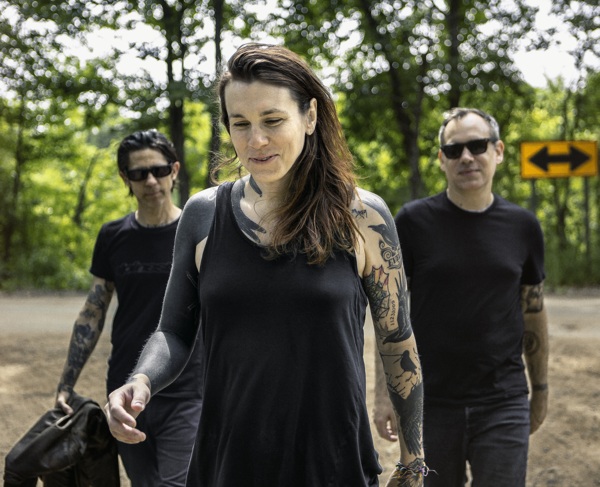 Did you hear that Laura Jane Grace of Against Me! has a new solo album out? It's called "Bought to Rot" and one of the tracks was tailor-made for Green Bay Packers fans. "I Hate Chicago" brims with put-downs of the Windy City that any fan of the green and gold would find priceless. Poetry in motion?

"I hate the city of Chicago
Man, this place feels like nowhere
And the traffic makes getting nowhere take that much longer
I hate the Cubs, the Sox, the Blackhawks, and the Bulls
I could give a shit about the Pumpkins, Slint or Wilco
Learn how to make a pizza you fucking jack offs
Say “Hello” back whens someone says “Hello” you asshole"

According to Grace, it's actually a divorce song, but we have no problem in repurposing it for a Green Bay Packers/Chicago Bears rivalry.

"I hate O’hare, I hate Midway, I can’t stand Chicago
The best part is leaving cause maybe one day I’ll never come back again
And if I die in this shithole, float my corpse down the Calumet
Cause I’d rather rot in Gary
Miller Beach may actually be paradise"

I guess Scott Walker will never get the chance to use this song in online ads to draw all those Chicago millenials to Wisconsin. This would probably work better than that lame multimillion dollar advertising campagin in Chicago subways.

"But it feels like another dogshit day in suck city
Jesus Christ, could you assholes at least learn how to drive
Fuck XRT and Fuck Lollapalooza
You and all your self righteous hipster hoods can go to hell"

We admit the Packers need all the help they can get this season. Our crystal ball shows that Laura Jane Grace and the Devouring Mothers will be at The Rave in Milwaukee on Friday, April 5 and in Madison at the Majestic Theatre on Saturday, April 6. Make a weekend of it. All together now. I hate Chicago!