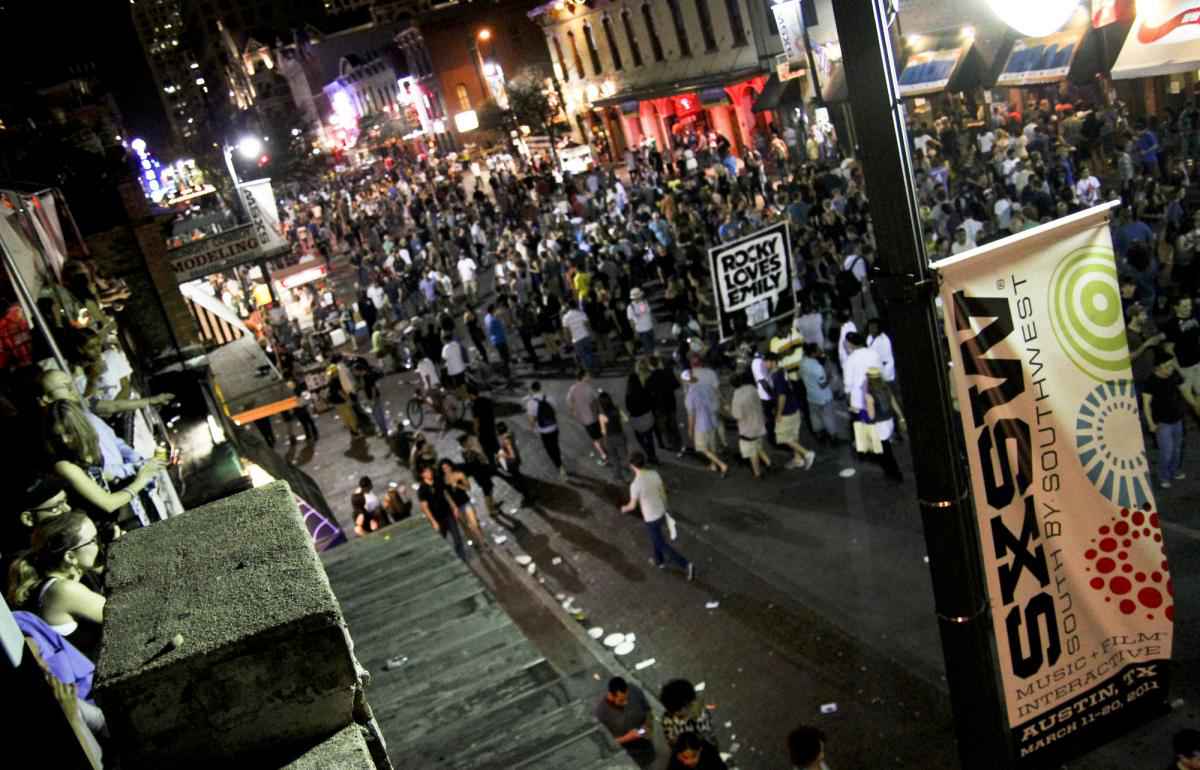 It's that time of the year again when every musician on the face of the earth starts a tour that includes multiple dates at the Mecca of independent music festivals South by Southwest (SXSW). Over 2,000 bands and counting descend upon Austin, Texas for six days of music, food and unabashed market branding. Indie bands on giant Dorito stages. Homeless people used as Wi-Fi hot spots. It's like the Super Bowl of viral DIY marketing except somehow corporate America has invited themselves to the party. This will be our fourth SXSW and we've developed enough of a track record to pass along some survival tips.

SXSW is different from other music festivals in that you’re not confined to a specific enclosed area. The entire city of Austin becomes a giant music venue. Clubs, churches, gas stations, libraries, bike shops, restaurants, street corners, dentist offices and just about any other open space turns into a stage for almost a week of nonstop music. A first time attendee can be overwhelmed by the sheer number of bands. You can literally have five or six top tier indie bands playing shows at the same time, at different venues, all within a couple blocks of each other. An indie music lovers dream to say the least.

10. Don’t try to see everything. Keep a loose flexible schedule, with back-up choices in case you can’t make it into a club or showcase. Chances are the band you want to see is playing multiple shows during the week.

9.  Eat at Austin food trucks. They are inexpensive and as good as many restaurants.

8.  Stay glued to the #SXSW twitter hash tag for surprise announcements. Who knows? You might see Jack White playing on a street corner.

7.  Music blogger/journalist types should consider carrying spare camera batteries and map out locations for smart phone charging. You will be hitting the limits of your phone battery toward the end of the night during the highest profile shows.

6.  If you can swing it, stay downtown in the middle of all the action.

5.  RSVP plus one to as many parties as you can. Free food and liquor are plentiful.

4.  Support local Austin businesses. Take a pedicab when your feet give out.

3.  Get plenty of sleep before you go.

2.  Pace yourself, don’t get drunk the first night.

1.  Make sure you wear comfortable shoes. You’ll be walking a lot!

If you can't make it to SXSW, don't worry. Follow Rock of the Arts for all the action. Our friends over at Flow Nonfiction, an Austin-based creative agency, are pulling back the curtain for SXSW attendees, providing a sneak peek at what Austinites know about navigating the popular festival. Local Austin culinary celebrity and Top Chef, Paul Qui, sits down for an entertaining chat with the Flow Nonfiction crew as they trade personal tips and quips about surviving the fest. See you in Austin!