Each morning we get up progressively later and slide on down to the hotel breakfast buffet before it closes. Today we notice members of Frightened Rabbit contemplating what kind of omelet they want to have while we try not to look too disheveled. But hell everybody in the hotel at this time of the morning looks disheveled!

At this point, people start to get a little crazy from lack of sleep and overall shock of seeing hundreds of bands. You’ve got bands in bars, bands on the street, bands in churches, bands in peoples’ backyards. Literally everywhere you look is a band or artist. The streets are clogged with more band tour buses, vans and trailers than Madison on UW moving day. SXSW brings in more money to the city of Austin annually than any other event. Local cab drivers and pedicycle operators estimate about 100 – 150,000 additional people in the city for the music festival. 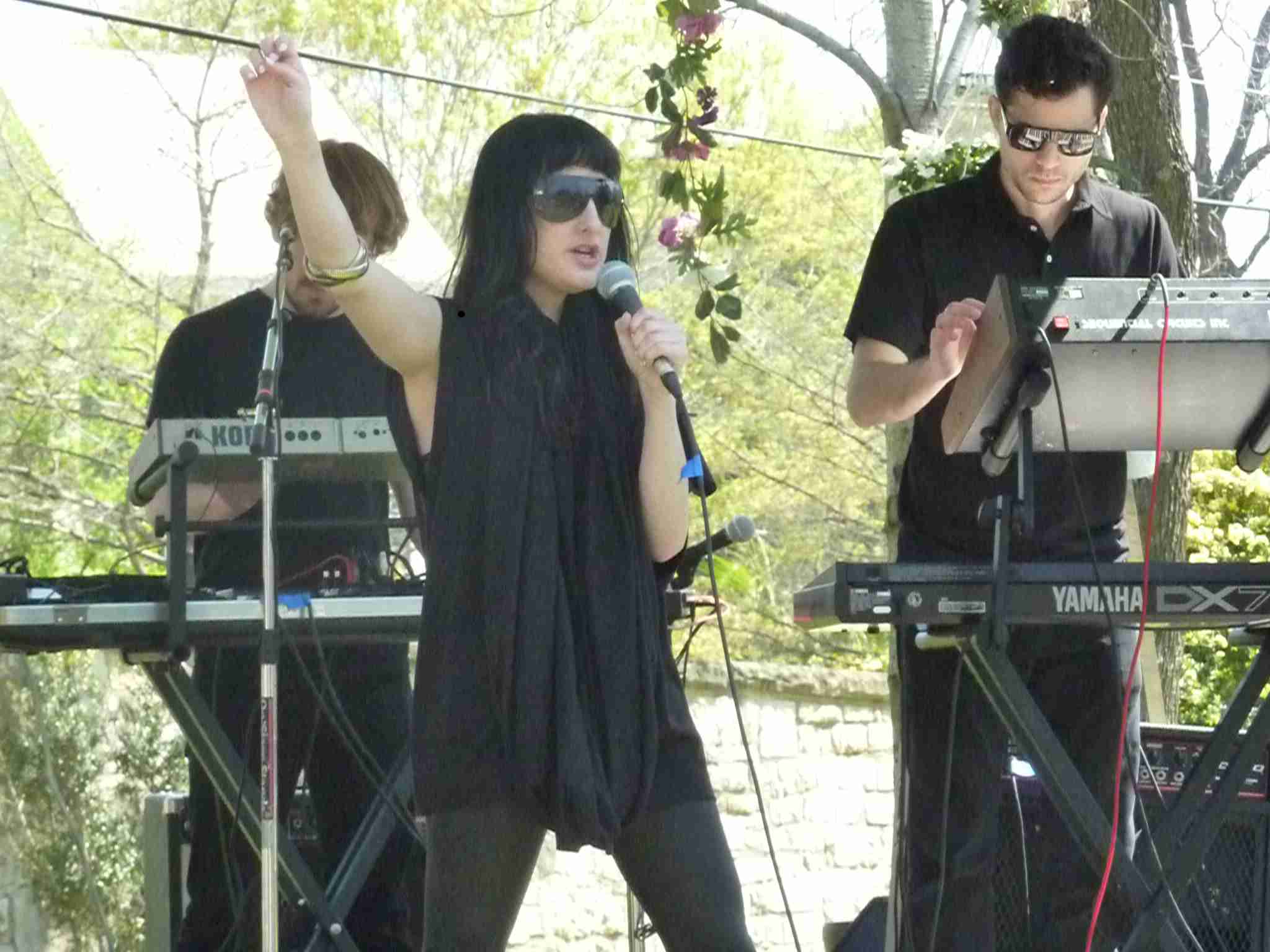 That’s pretty much the shtick at SXSW. With around 2,000 artists playing on multiple stages throughout downtown Austin from 11am until 2am in the morning every day. All varieties of music, but indie rock is prevalent with a heavy dose of metal, folk and alt-country. Musicians that don’t have an arranged gig at a club or outdoor stage play on the street to the thousands of SXSW festival fans.

We start SXSW on St Patty’s day where we have the opportunity to celebrate the green in Texas. The weather conditions are perfect; sunny and low 70’s. The main drag in Austin is 6th street where every building seems to contain a stage for some type of live music. Portions of Sixth Street were shut down for St Patty’s day to give the event more of a street party feel. That’s not unusual as we found out later that Sixth Street is shut down every Thursday through Saturday to cater to the throngs attracted to the numerous music venues.

Sharon Jones and the Dap-Kings 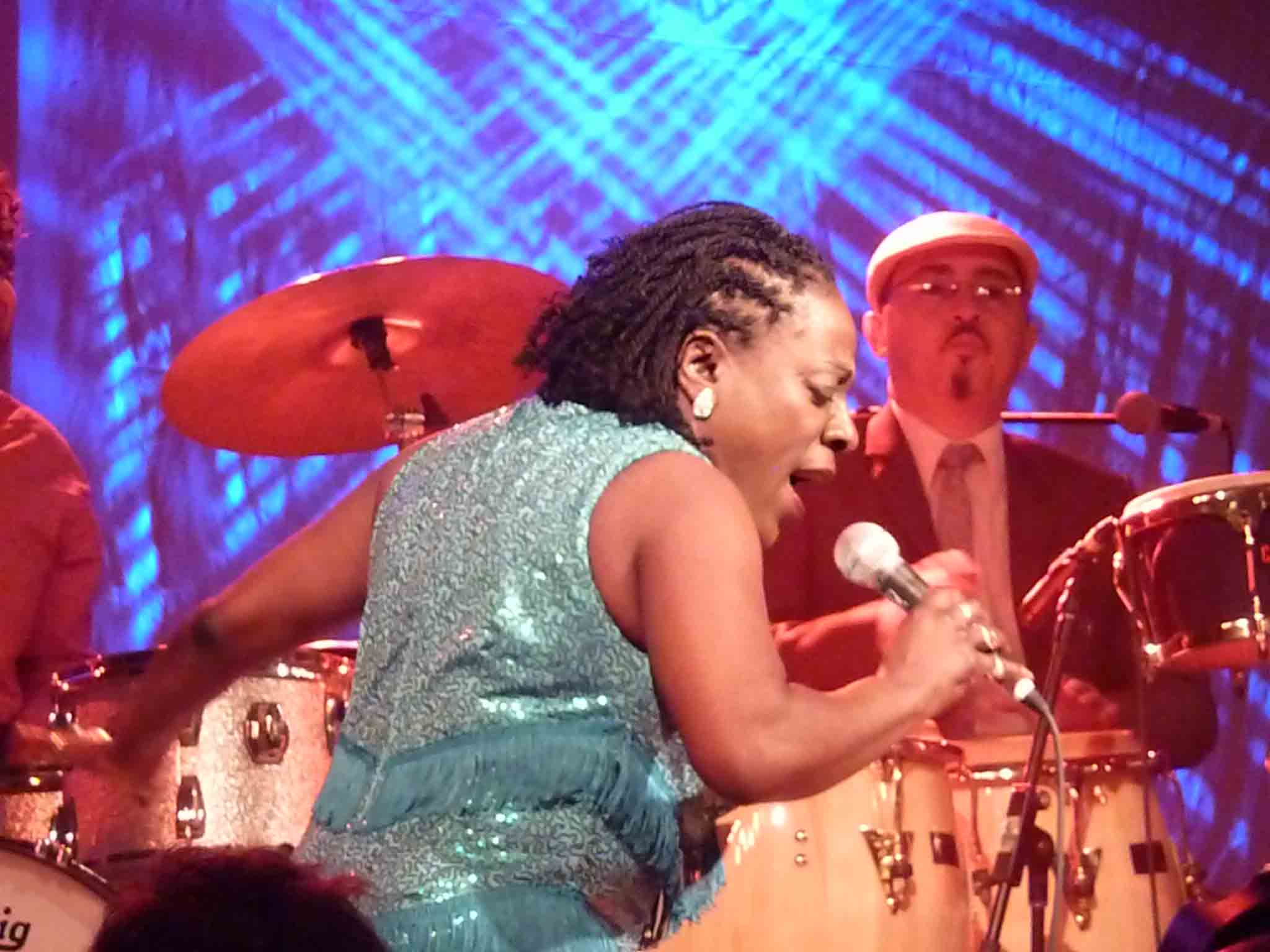 {audio}/images/mp3//Sharon Jones and the Dap-Kings - I Learned the Hard Way.mp3{/audio}

SXSW The Night Before

We arrived in Austin around noon and headed over to our headquarters for the week, the Hyatt , downtown on Ladybird Lake. It was one of the last hotels available within walking distance of the convention center and Sixth Street.  We walked over the bridge to the festival headquarters at the Austin Convention Center and registered quickly among a light crowd. It pays to come in a day early! The Film and Interactive part of SXSW was wrapping up and you could sense the calm before the storm.

A lot of swag is part of the welcoming bag that comes with registration.  For $600, you better get something good! Besides the usual laminate badge to wear around your neck, an assortment of paraphernalia was yours for the taking. Among the more interesting things found in our bag; three sets of ear plugs; a first aid kit, condoms; and the much needed hangover package. Oh Yeah and a couple of energy bars.

Our plans were flexible for the evening. We initially planned on attending the Paste Party at 8pm where Niko Case and Jacob Dylan would play together later in the evening. When we arrived at the venue called Pure Volume we were greeted by over 250 people waiting in line. Fortunately, we had RSVP’d for the party only to find out that preference was given to people who RSVP’d before last Thursday. We just ran out of luck.

A festival cohort from Britain suggested we attend the British Embassy showcase at Latitude 30 a club just around the corner.  It was a collection of British bands sponsored by the English government. Sounded like a nice alternative and there was an open bar to boot! England actually uses a portion of all money collected in the national lottery and puts it towards promoting the performance arts. Katie and I checked out Viva City and while enjoying a couple of beers courtesy of the Queen. Long live England! We watched Viva City from New Castle with their revved up synth-rock laced with a hard rock edge.  Fenech Soler also performed a somewhat generic set of dance pop that had the Brit-heavy crowd moving in rhythm.

Upon our fill of British bands, we meandered on over to 6th street  to the Parish club and walked in just as the Turbo Fruits were finishing up their set with a blistering cover of “Shakin All Over.” This three piece band from Nashville garage rocked the house and stoked us for their April performance in Madison. The Black and White Years from Austin were up next. At first, the jerky gyrations of lead singer puzzled me, only to win me over after several songs as the the influence of Talking Heads and Devo became apparent.

After a couple of beers, we called it a night and turned in early for the official start of SXSW on Wednesday.